Potty Patrol: How JCB is speeding up pothole repair – Autocar

As its name suggests, its job is to fix potholes. The operator rotates the cab so that both sets of tools are on the same side. First, the metal teeth of the 600mm-wide planer claw through the broken road surface, breaking it into loose chippings while water is sprayed to suppress dust. The multitool at the end of the extending arm then rotates a few degrees to bring into play the powerful cropping tool, which tidies up the edges of the hole. Finally, the brush, which is part of the same multitool, sweeps the debris into an integrated collection bucket for disposal in a waiting truck (the chippings can be recycled). Pothole now cut, cropped and cleaned, the reinstatement crew can set to work filling and sealing it with bitumen.

JCB says that, unlike other pothole repair solutions, the one provided by the Pothole Pro is permanent. In highways terms, this means around five years. I’ve seen other solutions, most recently a modified truck designed by Archway Roadmaster that blows compressed air at the pothole to clear away debris before spraying a mix of bitumen and aggregate into it via a long ‘proboscis’ that extends over the cab. The firm calls this ‘spray-injection patching’. It’s intended for potholes that have recently formed and can be nipped in the bud.

Whether new or long-formed, potholes are a national problem. The Asphalt Industry Alliance reckons repairing all of them over the next 10 years will cost £10 billion. The RAC has reported that in the first three months of this year, it received almost 5000 call-outs to vehicles with wheels or suspension damaged by potholes – three times the number it received in the last three months of 2020. Last year, councils paid motorists more than £8 million in compensation for damaged cars. And the Institute of Advanced Motorists says 75% of drivers consider potholes to be a bigger issue than they were three years ago – one that exceeds driver distraction and congestion. In their defence, councils say they fixed 1.7 million potholes last year, an increase of 200,000 on 2019, at a cost of £93.6m. Last year, the government pledged to give them £2.5bn over five years to repair potholes. 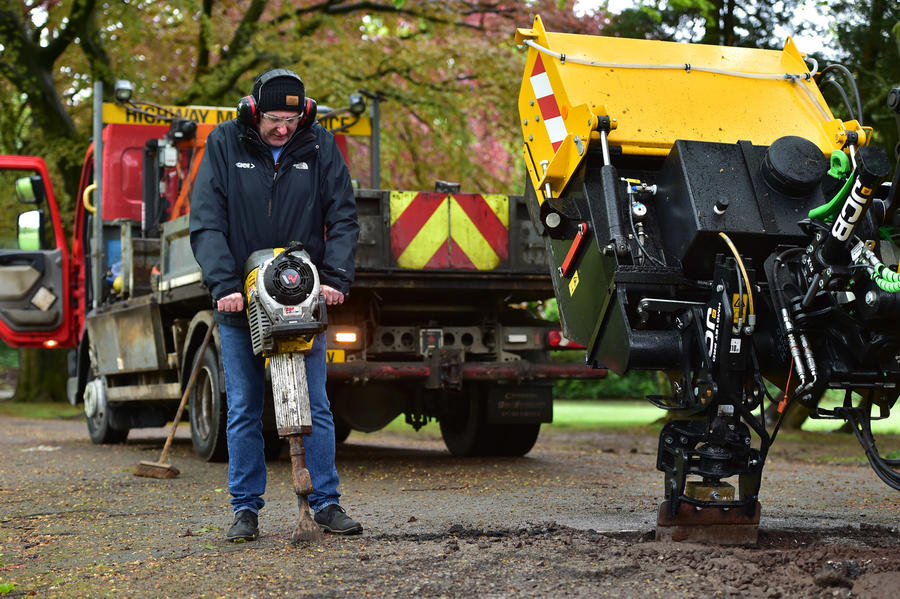