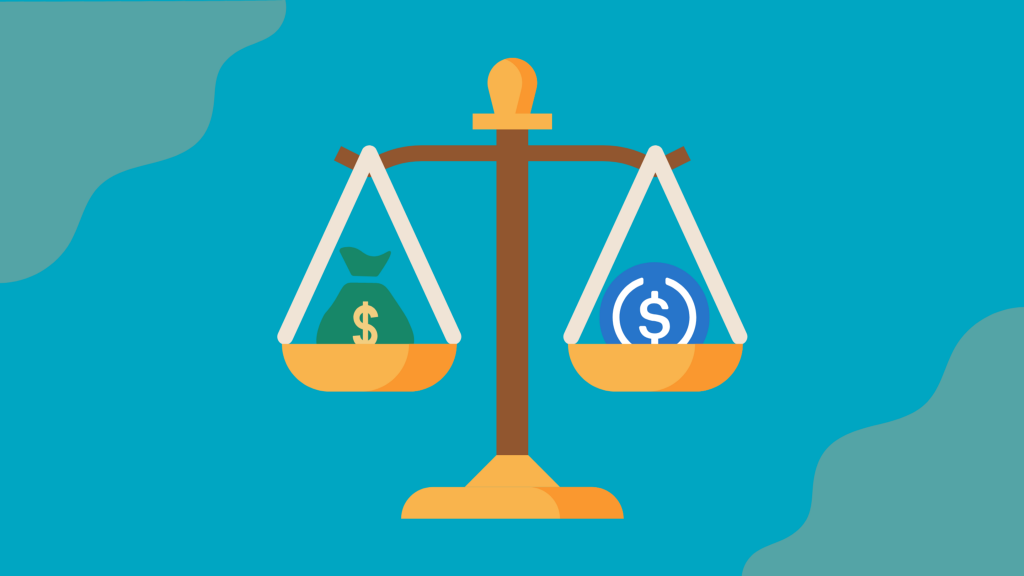 Cryptocurrencies can be tagged as the wild wild west where you have to hope for the best in terms of gains while simultaneously prepping yourself for the unforeseen. Within a matter of minutes or a few hours, things can shift from the utterly favourable to negligibly ugly, leaving investors (token holders) with an eternal combination of a bitter-sweet taste.

Enough of the twisted words and literary exposition.

Amid the chaos of cryptocurrency, stablecoins were created to offer respite and a haven to users. More like an avenue to erase speculations and hold digital assets in a stable mode, close to physical cash. They are meant to be digital equivalents of regular currencies such as the Euros, US dollar, and Pounds. This way, crypto users who hold equivalent can easily trade their assets for cash in the bank.

This arrangement seems good until it does not. So, what then happens when your stablecoins become unstable?

The Stability in Stablecoins

Agreed that stablecoins are meant to be resistant to crypto market sentiments, but the foundation of these classes of digital assets is what largely determines how resistant they will be in the face of market turbulence.

In clear terms, all stablecoins are not built in the same way, therefore, they are backed by different asset classes. Most are backed directly by cash equivalent in cash reserves (traditional banks), while others are backed by other forms of cash equivalent such as treasury bills, gold, and the likes. Other stablecoins, however, are algorithm-pegged, meaning that their stability hinges on the value and stability of other digital assets (cryptocurrencies).

As an instance, stablecoins such as USDT, USDC, and BUSD, maintain their equivalence to the dollar by maintaining cash reserves, while DAI and the defunct TerraUSD are algorithmic stablecoins.

Well, the answer is both “Yes” and “No”. Otherwise, we can say that they are relatively stable. So, here is it — it is quite common that stablecoins veer off their direct currency peg from time to time but the underlying rule is that they come as close to their peg as possible. Stablecoins with cash reserves have mostly stayed within 0–0.02% of their pegs over the years. This has helped them gain the status of relative stability.

For a coin like BUSD, it maintains the exact equivalence of its digital value in cash deposit reserves, and its state is published at the end of every month. For USDT, it maintains a much more diverse portfolio of assets as a backup. It holds its cash reserves in the form of treasury bills, gold, bonds, and other forms of stable assets.

On this ground, stablecoins that maintain cash reserves (or equivalent) can stand the test of time and are much more durable since there is the money equivalent to the digital asset.

Contrary to how stablecoins with cash reserves work, algorithmic stablecoins do not have any form of cash reserve as a backup. They rely on a system where their value of maintained by being directly pegged to the value of another digital asset, usually another token.

To maintain their stability, algorithmic stablecoins burn and mint tokens when necessary. When the price of the pegged asset goes up, the number of algorithmic tokens is burned to preserve the price, while more tokens are minted when the price of pegged token goes down. Therefore, constant minting and burning are ongoing, controlled by the on-chain forces of demand and supply.

This arrangement makes perfect sense but leaving everything to an algorithm is a lot of risks as became evident in the crash of the Terra USD algorithmic stablecoin. The crash was precipitated by the inability of the pegged algorithm to maintain the burn-mint mechanism with more tokens required to be minted as a result of the bear market crash that had impacted LUNA. Within hours Terra crashed to a quarter of a dollar and went on a spiral that it never recovered to date.

Stablecoins are elements of stability on the blockchain. Intrinsically, they hold the key and serve as the gateway between the real world and the blockchain. However, their approach to maintaining on-chain stability goes a long way in determining how stable they can be. For now, it is safe to tend towards stablecoins with cash reserve as they have a reserve that effectively helps them maintain stability.

arAre Stablecoins Truly Stable? was originally published in Coinmonks on Medium, where people are continuing the conversation by highlighting and responding to this story.