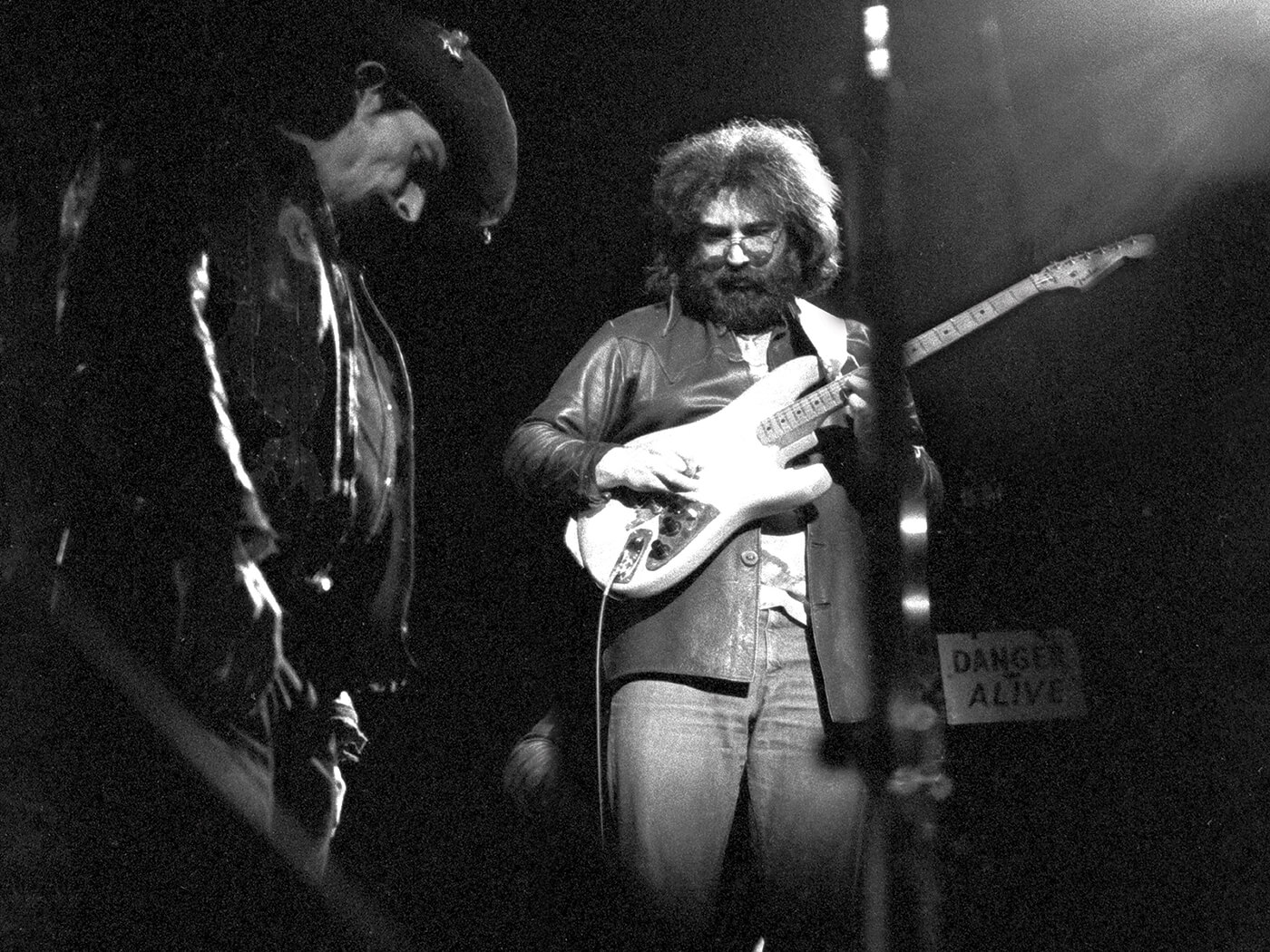 When the Grateful Dead departed California for their first European tour on April Fools’ Day 1972, they did so with an entourage almost 50 strong. As the tour programme proudly told us, they were not just a rock’n’roll band but an entire “community”, rooted in a freewheeling hippie idealism that for band and fans alike was a core part of the Dead’s raison d’être. Yet among the hipsters, flipsters, lovers and others along for the ride, central to the travelling circus was the recording crew under Betty Cantor, who captured every one of the shows in 16-track glory for the live album that was intended to offset the trip’s huge expenses.

The tour found the Dead at a pivotal moment. It was the last with Pigpen, whose gritty, soulful vocals and R&B leanings balanced the cosmic visions of Jerry Garcia, Bob Weir and Phil Lesh, and the first with keyboardist Keith Godchaux and his wife and backing vocalist Donna Jean Godchaux, the joint addition of whom made the music “warmer and more organic”, as Lesh put it.

Before the year was out, 17 tracks distilling peak moments from shows in London, Paris, Amsterdam and Copenhagen had been released as the triple LP Europe ’72. But that was only the start. On the 30th anniversary of the trip, Steppin’ Out With The Grateful Dead: England ’72 presented a further 39 tracks from seven of the UK shows. In 2011 came Europe ’72 Volume 2, with 20 tracks not included on the first volume, prominent among them a legendary hour-long jam around “Dark Star” and “The Other One” from the rain-soaked Bickershaw Festival. Then came Europe ’72: The Complete Recordings, a mammoth 73CD boxset containing every one of the 22 shows in full.

Now, three reissues to mark the 50th anniversary keep it relatively simple, with the original Europe ’72 remastered as a double CD and triple LP, and the final show of the tour at London’s Lyceum Theatre captured in its entirety as a 4CD set. The overlap, however, is considerable, for almost half of Europe ’72 comes from that Lyceum show. There’s also a limited-edition, 24LP boxset presenting all four shows the Dead played over consecutive nights at the Lyceum, each with a slightly different setlist and its own vibe.

At the time, the Dead were in the middle of a three-year hiatus from the studio, but it was a golden period for new material, with both Garcia and Weir writing prolifically. This meant that the shows were full of new songs that had never appeared on an album. As a result, on its release, the Europe ’72 album was the first time anyone not at the shows got to hear songs such as “Tennessee Jed”, “Brown Eyed Women”, “Ramble On Rose”, “He’s Gone”, “Mr Charlie” and “Jack Straw” – songs that loosely brought together the traditions of country, folk and blues with the Dead’s mercurial, sparkling improvisations. After some polishing, especially a few vocal overdubs (the tapes showed Garcia had been singing sharp for much of the tour), the takes heard on Europe ’72 became the landmark iterations of some of the Dead’s best-loved songs.

What didn’t make the 17 tracks chosen for Europe ’72 can be heard in the Lyceum set, including the swinging “Chinatown Shuffle” and “The Stranger”, which both showcased the ailing Pigpen’s soulful, ragged croon. In addition, there were songs from solo releases, such as Garcia’s “Sugaree” and Weir’s “Black-Throated Wind”, the latter transformed from horn-assisted blues to something earthier and more desperate, plus covers that had not previously been committed to record. They included Pigpen singing Elmore James’ “It Hurts Me Too”, Hank Williams’ “You Win Again”, Chuck Berry’s “The Promised Land” and Merle Haggard’s “Sing Me Back Home”, although the word ‘covers’ hardly begins to describe the Dead’s alchemical transmutation of them.

In the end, there was very little that was familiar. From Workingman’s Dead and American Beauty, Europe ’72 features only the opening tear-up “Cumberland Blues”, the gospel-y “Sugar Magnolia” and a 13-minute “Truckin’” plus a similarly extended, beautifully pacific take on “Morning Dew”. The Lyceum set adds a few more, including the scorching boogie of “Dire Wolf” from Workingman’s Dead and a poised, hypnotic “China Cat Sunflower”, first heard on 1969’s Aoxomoxoa.

The term wasn’t in use at the time, but both Europe ’72 and the Lyceum set sound today like quintessential contemporary Americana given a cosmic, countercultural twist, as past and future fuse into a soundtrack for a brave new US frontier. There’s country (“You Win Again”), blues (“It Hurts Me Too”), trad folk (“I Know You Rider”), songs about drifters (the shuffle of “Tennessee Jed”) and outlaws (the wondrous, Stones-y ballad, “Jack Straw”), melodic, psych-pop rapture (“Sugar Magnolia”) and the Dead’s own unique myth-making (“Truckin’”), all fed into some of the most organic and freewheeling rock’n’roll ever made.

Alongside the songs came the epic lysergic improvisations, of which the crystalline “Dark Star” was the mothership; on other nights, the protean, shape-shifting mystery took other forms as Garcia’s serpentine guitar led them into interstellar overdrive on “Playing In The Band”’s jazzy, minor-toned excursions.

The result was that Europe ’72 was a live album like no other. While other acts were locked into a cycle of recording and touring in which the principal aim was the promotion of their current release, for the Dead the live performance rather than the studio take was always the definitive statement – although nothing was ever truly definitive, for every night the songs, moods and modes were different, and each show was a new adventure. If you had to pick a point on the Dead’s long strange trip that marked the zenith of their kinetic luminosity, these recordings lay a strong claim to being that lightning-in-a-bottle moment.

First Look: Camila Cabello Cranks Up the Heat on Season 22 of ‘The Voice’ [Watch]