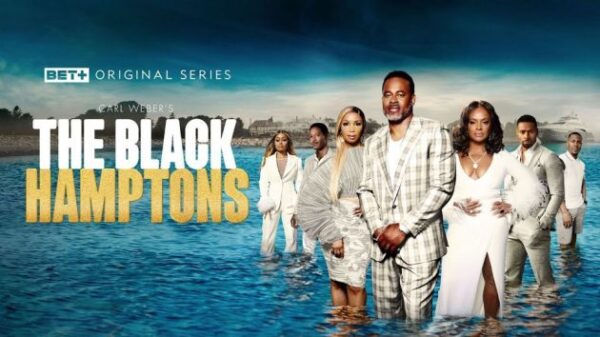 Lined with a star-studded cast of some of Black Hollywood’s most familiar faces, BET+’s forthcoming drama – ‘The Black Hamptons’ – promises to be one of the streamer’s steamiest offerings yet.

Coming from ‘The New York Times’ best-selling author Carl Weber‘s work of the same name, ‘Hamptons’ is a family drama based in the quaint and charming town of Sag Harbor (affectionately known as “The Black Hamptons”) in Long Island, NY.

With a cast that includes Lamman Rucker, Vanessa Bell Calloway, Elise Neal,  Brian White, Karon Riley, Mike Merrill, Blac Chyna, Aaron Spears, and more, the story’s plot will follow the feud between the ‘Brittons’ and the ‘Johnsons’ – a feud of ‘old money’ versus ‘new money.’

Ahead of its August 25th premiere, look inside to see the sizzling trailer.