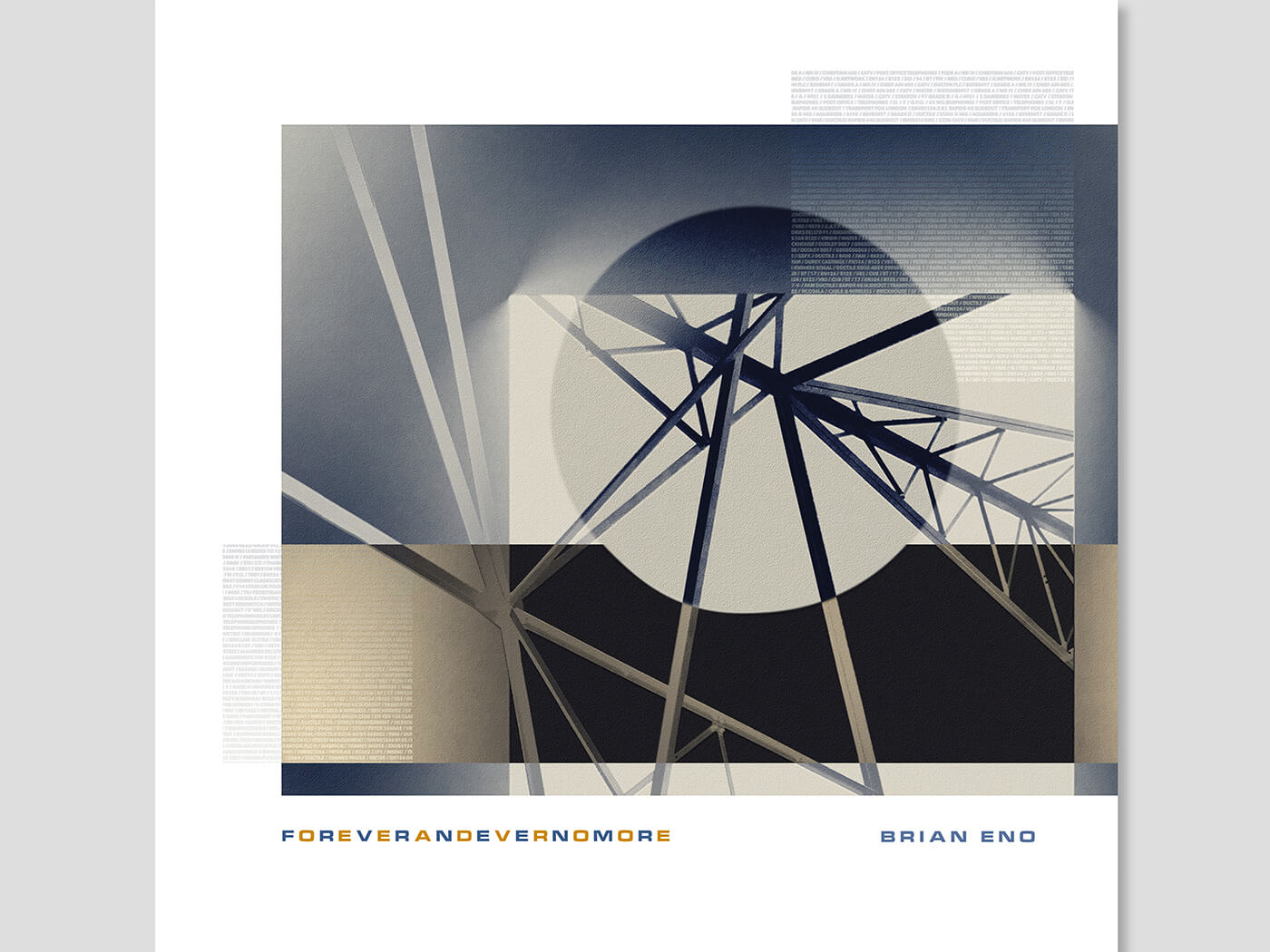 You can hear “There Were Bells” below.

The track was written by Brian for a performance by him and his brother Roger at the Acropolis in August 2021.

FOREVERANDEVERNOMORE is released on October 14 on vinyl, CD and digital formats via UMC. It’s produced by Brian Eno with post-production work from Leo Abrahams. Eno sings vocals on the majority of album’s 10 tracks for the first time on an album since 2005’s Another Day On Earth – though, of course, he sang a cover of the Velvet Underground’s “I’m Set Free” on 2016’s The Ship.

The tracklisting for FOREVERANDEVERNOMORE is:

“Garden Of Stars” and “There Were Bells” were originally performed by Brian, Roger and Cecily Eno with Abrahams and Chilvers at their performance as part of the Epidaurus Festival in the Odeon of Herodes Atticus at the Acropolis, Athens on August 4, 2021.

“Making gardens out of silence in an uncanny valley” was originally included in an audio installation which is Eno’s contribution to the London Serpentine’s long-term, interdisciplinary programme addressing the ongoing climate emergency, Back To Earth.

The current climate emergency is a theme that is explored throughout FOREVERANDEVERNOMORE. Speaking about the album, Eno says: “Like everybody else – except, apparently, most of the governments of the world – I’ve been thinking about our narrowing, precarious future, and this music grew out of those thoughts. Perhaps it’s more accurate to say I’ve been feeling about it…and the music grew out of the feelings. Those of us who share those feelings are aware that the world is changing at a super-rapid rate, and that large parts of it are disappearing forever…hence the album title.

“These aren’t propaganda songs to tell you what to believe and how to act. Instead they’re my own exploration of my own feelings. The hope is that they will invite you, the listener, to share those experiences and explorations.

“It took me a long time to embrace the idea that we artists are actually feelings-merchants. Feelings are subjective. Science avoids them because they’re hard to quantify and compare. But ‘feelings’ are the beginnings of thoughts, and the long term attendants of them too. Feelings are the whole body reacting, often before the conscious brain has got into gear, and often with a wide lens that encompasses more than the brain is consciously aware of.

“Art is where we start to become acquainted with those feelings, where we notice them and learn from them – learn what we like and don’t like – and from there they start to turn into actionable thoughts. Children learn through play; adults play through Art. Art gives you the space to ‘have’ feelings, but it comes with an off-switch: you can shut the book or leave the gallery. Art is a safe place to experience feelings – joyous ones and difficult ones. Sometimes those feelings are about things we long for, sometimes they’re about things we might want to avoid.

“I’m more and more convinced that our only hope of saving our planet is if we begin to have different feelings about it: perhaps if we became re-enchanted by the amazing improbability of life; perhaps if we suffered regret and even shame at what we’ve already lost; perhaps if we felt exhilarated by the challenges we face and what might yet become possible. Briefly, we need to fall in love again, but this time with Nature, with Civilisation and with our hopes for the future.”

The post Hear “There Were Bells” from Brian Eno’s new album, FOREVERANDEVERNOMORE appeared first on UNCUT.