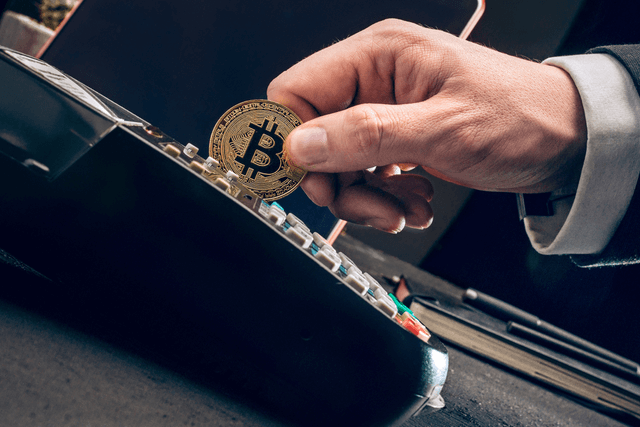 A mysterious bitcoin wallet has received a massive amount of BTC in the past month. So far, it is not known who this wallet belongs to, or what it is used for, but the administrator of this wallet is no small player.

This is a wallet that was created on June 14. For a long time, hardly anything happened with it, until a large number of bitcoins were deposited on July 19. Around 2 a.m. on that day, as many as 3,000 bitcoins were transferred to this wallet. This had a value of about $67 million at the time.

What people didn’t know at the time is that this wallet would receive about 130,000 more bitcoins within a week. And no, not $130,000 worth of bitcoin, but 130,000BTC. At the time of writing, this has a value of nearly $3 billion. During last week, multiple deposits were made to this wallet address.

You can see how large the amounts deposited were. This occasionally went as high as 30,000 bitcoins at a time. In the graph below you can see how fast this wallet has grown in value. It didn’t even take a week to transfer all these bitcoins to it.

As you can see in on the chart, the last deposit was made on July 22. This is 3 days ago, making it the longest period that nothing has been deposited. So the question is whether it stops here, what happens to these bitcoins and who they belong to. $3 billion is no small amount, and should be watched closely.

What could trigger this?

Bitcoin currently has a total market capitalization of almost $420 billion, and this wallet currently holds almost $3 billion worth of bitcoin. So this means that this so-called “whale” holds about 0.7% of all the bitcoins in the world.

These are not small numbers, and could very likely cause large price fluctuations. Therefore, it is nice if this wallet could offer some transparency. Should this be a long-term holder, there is not much to worry about, but if these bitcoins are sold soon, it could cause a stir in the market.

Originally published at https://bitnewsbot.com on July 30, 2022.

This mysterious wallet received $3 billion in bitcoins within 1 week was originally published in Coinmonks on Medium, where people are continuing the conversation by highlighting and responding to this story.